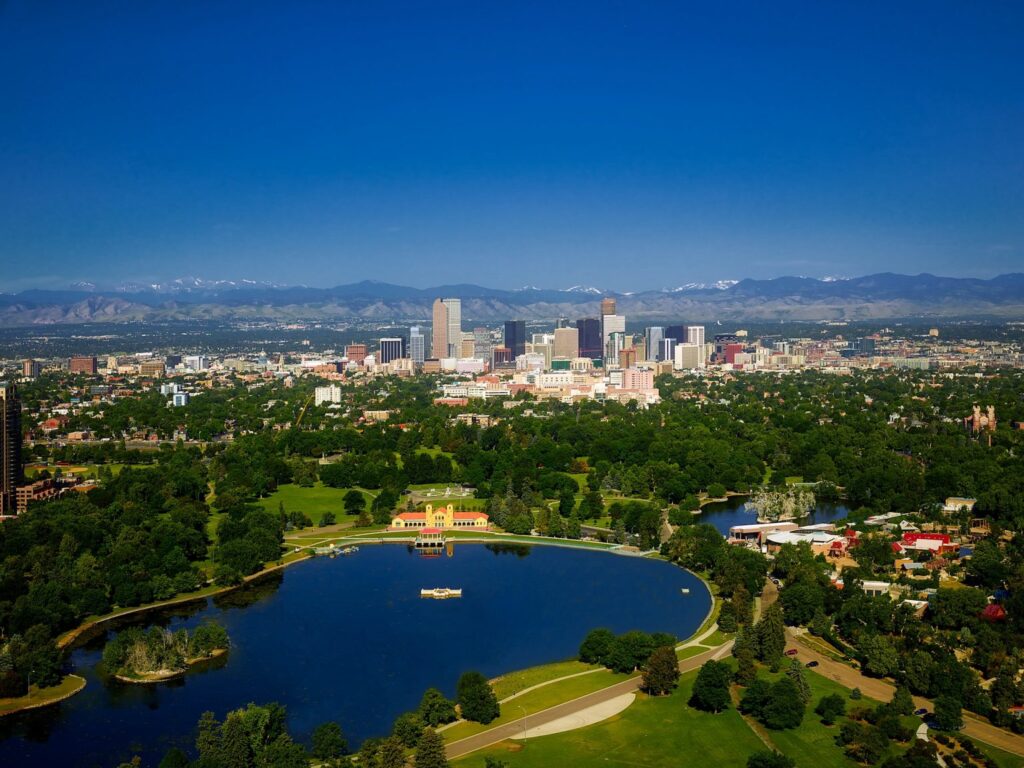 The Denver real estate market is made up of many smaller communities and neighborhoods. There is great variety and each has its own unique characteristics. I am very familiar with the Denver area and have helped clients sell or purchase in many, many Denver neighborhoods. Below is a small sampling and info.
Also, I live in the Historic Baker Neighborhood and sell a lot of homes there. If you have any questions about Baker, or other Denver neighborhoods, give me a call!

Baker is one of Denver’s hippest neighborhoods. It’s known for Broadway, a bustling thoroughfare lined with vintage fashion boutiques, eclectic Asian restaurants, casual brewpubs and late-night hangouts for live music and dancing. Open since the 1930s, the art deco Mayan Theatre shows independent movies and has a popular bar. The historic district offers gorgeous, varied turn-of-the-century home styles. The district boundaries are from Broadway west to Fox and from 6th Ave. south to Byers Place. Baker’s greatest period of construction was from 1888 – 1893 (although my home was built in 1910 and I am only the third owner.) The melding of period architecture with modern updates is the norm.

West Wash Park is considered one of Denver’s most livable spaces. It is just south of Baker’s booming neighborhood and South Broadway dives, west of the ever-busy Washington Park, and walking distance to South Pearl Street, but maintains the air of quiet suburbia. It is heavily residential, filled with early-20th century houses and offers easy access to a variety of essential and just-for-fun amenities.

Capitol Hill is Denver’s most densely populated neighborhood. It was once the home of Denver’s elite and the origination of Foursquare architecture in Denver. Today it consists of historic mansions, apartments and condo buildings. Because of the concentration of multi-family uses and the urban character of the neighborhood, parking is at a premium. The area is strongly influenced by the Colorado State Capitol and Downtown Denver which is adjacent to the northwest boundary of the neighborhood.

Developers have rediscovered Platt Park and are building new homes and duplexes that fit this area’s energetic spirit. Bounded by Downing, Broadway, Evans and I-25, Platt Park is seeing many of its older homes remodeled for 21st century living. Schools and businesses cater to growing numbers of young families in the area. Old South Pearl Street’s charming shops and restaurants draw people from all over the city, as do the antique shops on South Broadway.

Sunnyside in northwest Denver is alive with development, and more is on the way, thanks to the impending arrival of light rail. With historic housing and a great location, what’s not to like?  As more people discover the area, restaurants and shops are opening, and developers are building a mix of commercial, retail and residential buildings in the neighborhood, bounded by Inca Street on the east, 38th Avenue on the south, Federal Boulevard on the west and Interstate 70 on the north.

The residential enclave of Cory-Merrill features large lots and stately, remodeled homes, like a serene suburban neighborhood. Bounded by Mississippi, I-25, University and Colorado, Cory-Merrill is offers lush and quiet living not far from downtown. Nearby Washington Park provides miles of recreational paths, lakes and gardens. Residents have easy access to attractions in Cherry Creek, and are close to the charming shops and restaurants of Bonnie Brae and Old South Gaylord.

Highlands is Denver’s latest “it” place to be. This community, with a distinct Hispanic heritage, has been featured in Travel + Leisure Magazine as well as National Geographic Traveler. The 250-acre section northwest of downtown has experienced amazing growth and changes over the past few years, and is overflowing with trendy restaurants, bars, and shops. Three diverse commercial districts – Lower Highlands (LoHi), Highlands Square and Tennyson Street make Highlands Denver’s largest neighborhood.

The Washington Park neighborhood surrounds the park. It is bordered by Interstate 25 on the South, Speer Boulevard on the North and from University Boulevard on the East to Downing Street on the West. Homes here are predominately Denver bungalow style. There are a few 2-story homes and some “scrap offs” (or new custom-built) homes, which have replaced older homes. People living in Washington Park have an easy commute over to the Cherry Creek shopping center, or to downtown Denver, and can walk to the new light rail system. There are even small business districts and boutique shops including art studios on old South Gaylord Street and nearby South Pearl Street.

Congress Park is located just to the North and within easy walking distance of the fashionable Cherry Creek shopping center area. However, homes here are older than those found in neighboring Cherry Creek. Many have been remodeled to today’s standards. The farther North you move from the Cherry Creek Shopping Center, the less expensive the real estate becomes. Grand homes grace the tree-lined boulevard of the 7th Avenue Parkway area.

The Cheesman Park neighborhood is one of the oldest in Denver, with city plats dating to as far back as 1868 and was annexed by the City of Denver in 1883, though development was slow at first. By 1915, with the completion of the park, the neighborhood was mostly developed with large mansions for some of the city’s wealthiest people. Since the 1930s however, the neighborhood has become denser with a plethora of apartment buildings.

I specialize in the Baker neighborhood!